Samsung is trying to attract the attention of consumers, especially those who like Pokemon by launching the Samsung Galaxy Buds 2 Pokemon Edition. Not the first to release a special edition, nor the first with Nintendo. Around the middle of April 2022, Samsung also presented the Galaxy Z Flip 3 Pokemon Edition smartphone. The accessories are also very complete, starting from the pouch, Pikachu decoration case, key chains, and stickers.

Because this one is a TWS edition, of course, the sales package is simpler. This TWS is also available in Korea first. There is no information regarding its availability in other countries. So what are the differences between this special edition and the regular version? 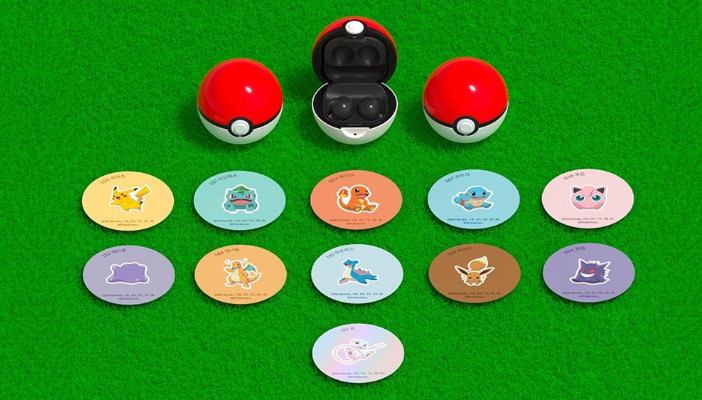 On the official product page, Galaxy Buds 2 Pokemon Edition is sold at the same price as the standard version, which is 134 thousand Korean Won or around USD 103,49. It will be available in five color options; Olive, White, Graphite, Lavender, and Onyx. Basically, the base unit of the device is the same as the standard version. However, this Pokemon edition is equipped with a Pokeball-shaped case. Complete with buttons on the front to open the case. The interesting thing is that this case can be used for two other series, namely Galaxy Buds Live and Buds Pro. Although Samsung does not sell the case separately.

Not only that, buyers will get one sticker at random which can be used to be affixed to the case. There are 11 choices, including Pikachu, Charmander, Bulbasaur, Jigglypuff, and Squirtle. You can see the eleven stickers in the image above. although the price is already there, it is still unknown when this Pokemon edition of TWS will be sold in South Korea.

The Advantages of Galaxy Buds 2

TWS has quite a lot of features, including the ANC (Active Noise Cancellation) feature. Each earbud has two individual drivers, namely the woofer and tweeter. Samsung also embeds a total of six microphones for the best call quality. So that users can stay comfortable communicating even though they are outside the room.

Through software updates, users can enjoy spatial audio effects and 360 audio. For battery life, Galaxy buds 2 can be lit for up to 5 hours non-stop (20 hours with a charging case). If you want a more premium sound quality, Samsung provides the Galaxy Buds Pro as the current flagship option.

AirPods Lite Will Be Released Soon in 2023